It actually started a long time before 2004.
In the years leading up to the establishment of Norway Steel Group, each of the founders were working for different international construction, steel fabrication companies, and related services.  Some had already entered the Chinese market, dating as far back as 1997. Being fully engaged with our businesses, our frustrations and challenges were often discussed amongst ourselves. Always seeking each other’s advice and assistance, exchanging experience and contacts strengthened our network and built good camaraderie.

We faced challenges like different domestic standards, steel grades, quality issues with raw steel,
and obtaining acceptable quality.  Finding workshops that had good potential to adapt to western codes and demands was also a difficult task; as was a lack of experience, knowledge, and qualifications.

The cultural and language barriers could only be managed by seeking experienced local professionals.
Most importantly was helping the workshop management and owners to understand, accept, and follow western standards and demands.

Once many of the western construction companies moved their prefabrication from Eastern Europe and South East Asia into mainland China, was when these challenges surfaced. Something had to be done.

It shouldn't have come as a surprise (although for some it did) that we left our past engagements behind and together founded Norway Steel in the spring of 2004. It was a bold and risky decision to introduce something new and unknown to the already established steel prefabrication market. Why would a client outsource some of the most important and expensive parts of their supply chain to 'self-proclaimed' experts with no track record or anything else to show other than their individual CV's?

It was a rough start, but we were certain that we had something special to offer that would prove valuable to the industry. It took time to change our clients' way of thinking; we knew they were strugging with their supply chain from China and Eastern Europe. This granted Norway Steel challenging steel structure contracts, which the clients could not handle themselves.

Soon after 2007, we saw a demand to establish our own 3rd party domestic NDE company in China.  We called it NORSE Inspection. The main drivers for establishing our own NDE company were the lack of quality and experience from domestic NDE personnel (even when engaged with Germanische or American Lloyds).  They were simply not up to the expected or required standard.  By working with experts in the field from Europe and Singapore, along with young educated engineers from China, we managed to implement the required testing and documentation in our
associated workshops in China. Later, NORSE Inspection began performing NDE for other clients as well. The majority of ownership was slowly taken over by domestic investors and partners.  Then finally in 2016, Norway Steel Group decided to completely pull out of NORSE Inspection.  We wanted to avoid any future speculation of conflict of interest when it came to independent 3rd party inspection and control.  By that time NDE in China had already reached an overall acceptance level, supported by several serious companies.

In 2009 we established what later came to be called Norway Steel Asia.  We were not allowed to use an international name when registering a domestic company in China at the time, hence Norway Steel Asia’s original name, Wuhan Steel Machinery Ltd.  Wuhan Steel Machinery Ltd. was founded together with Mr. Shi Zhe, who had been one of the original founders.  Establishing Norway Steel Asia allowed us to financially support the workshops if needed, purchase raw steel directly from steel mills, and temporarily invest in certain workshops to influence, change, and build up internal fabrication and quality departments.

What drove us to start Norway Steel Europe in 2013 were the challenges that came with the European Union VAT regulations.  For a Norwegian registered company outside of the EU, to produce inside the EU and sell to another EU country had proven to be a headache for many Norwegian companies. It felt natural for us to establish a daughter company in Slovakia, especially since two of the founders were from Slovakia; Mr. Frantisek Gibalaand Mr. Robert Ivan.

In 2013 Norway Steel officially changed their name to Norway Steel Group and most of the project execution and management was transferred from the Norwegian head office to Norway Steel Europe and Norway Steel Asia.  By this time our dedicated teams in Slovakia and China were more than capable of taking over these responsibilities.  During this year, we also had our first change of CEO, having Mr. Jan Hansen take over for Mr. Petter Hennum.  In 2016 Mr. Robert Bader took the role of CEO, and Mr. Hennum again in 2020.

Looking back today, we are all proud of what Norway Steel Group has achieved together with our clients in a relatively short amount of time.  We are paving the way for other companies to follow in our footsteps, and most importantly bringing awareness to both price and quality, which should be one and the same.
‍
The journey is far from over.  The introduction of CE-marking for steel structures in Europe, cost awareness, and price competition shows that companies like Norway Steel Group fill a much-needed gap in the industry. We have proved that there is a real demand for more companies like ours in the future to come.
‍ 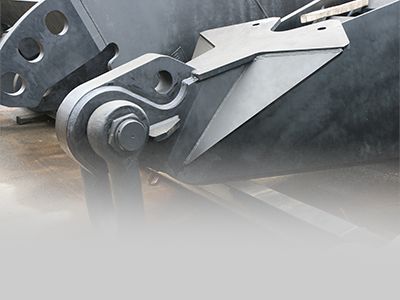 Our team at Norway Steel Group wishes for every customer to experience the quality of our structures without delay, safety incidents, or additional costs*.

We are not the traditional agent or controller, nor do we have ownership in any workshop...
Read more 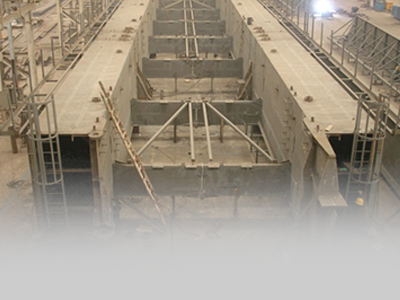 Steel is strong
Steel is Strong

What could possibly be said about steel and aluminum prefabrication that hasn’t been said before?  What should be straight forward supply chain management is actually a complex and very regulated, defined process supported by numerous codes, standards, and specifications.
It changes all the time...
Read more 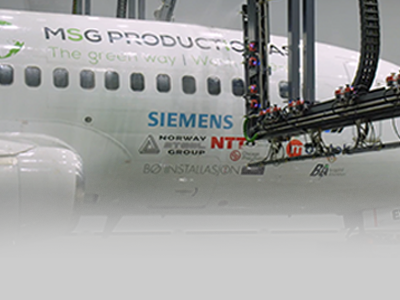 It can be accomplished
Anything Can be Accomplished

A wise person once said that a company without a mission besides money has no purpose.  We couldn’t agree more.

Our mission at Norway Steel Group is to be an ambassador with a clear voice for the steel and aluminum prefabrication industry.